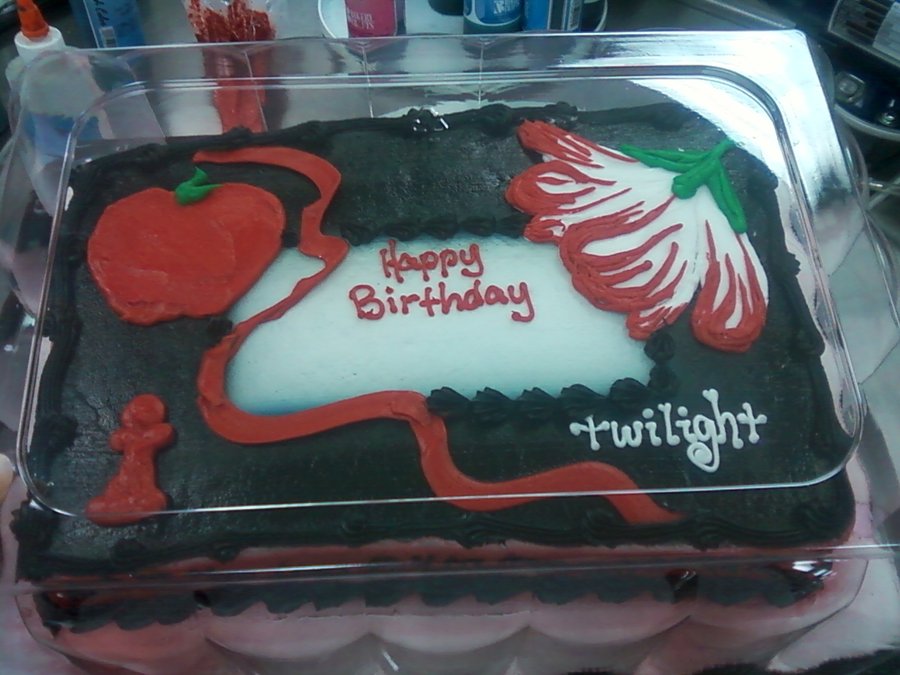 It is hard to find a teenage girl who has not heard about Twilight series written by Stephenie Meyer. The vampire theme romance fantasy novels’ popularity went to a whole new level since the release of the films based on the books. Since then, it is not just Twilight themed t-shirts or rings; Twilight themed birthday cakes also became popular for birthday parties as well as other occasions. So, if you are thinking of making an unique looking twilight theme cake, then there is nothing to worry. Twilight book theme cake is the most popular compared to other Twilight themes. Cupcakes with the name of all four Twilight series books on top are also popular at parties.