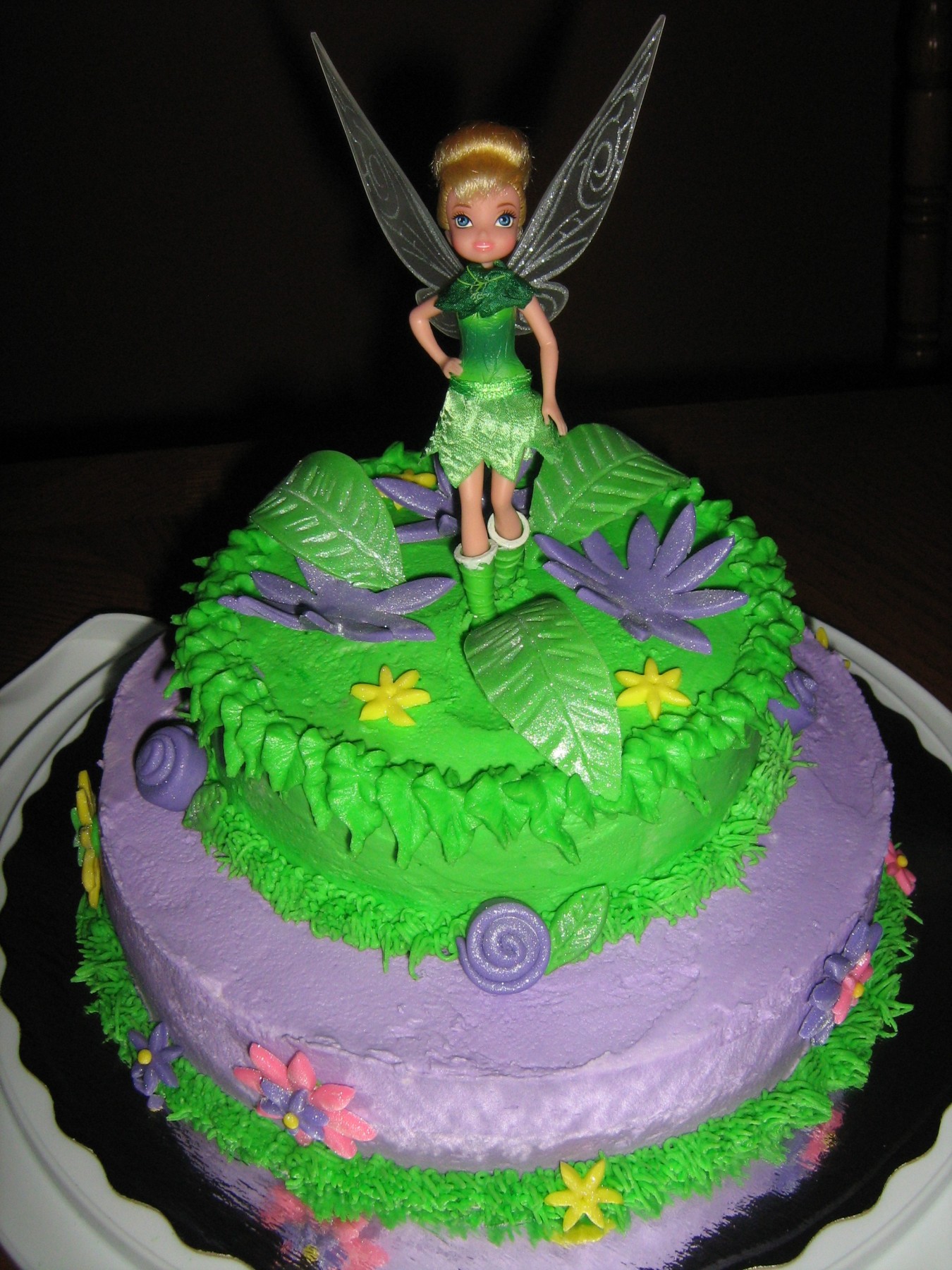 The very mention of Tinkerbell’s name conjures images of fantasy and magic into one’s mind. Originally appearing with Peter Pan as his fairy friend, the character was a hit and went on to have her very own film series, thanks to the Disney Fairies media franchise. Dressedin a green outfit, Tinkerbell flies around by flapping her wings. She is also known to be overtly temperamental on some occasions. This adorable character has since captured the imagination of many young fans, who love to sport Tinkerbell-themed clothes or play with Tinkerbell toys. Kids also love to have this character in their birthday cakes, as she portrays a very feminine and fun-loving image. Tinkerbell cakes are mostly characterized by the predominant color of light green, which is further accompanied by certain other shades like dark green, pink, white and blue. The cake can also be decorated by small Tinkerbell dolls that may sit on the top. Sometimes Tinkerbell is accompanied by some other fairy characters as well, who are also present to make the cake more beautiful in appearance.