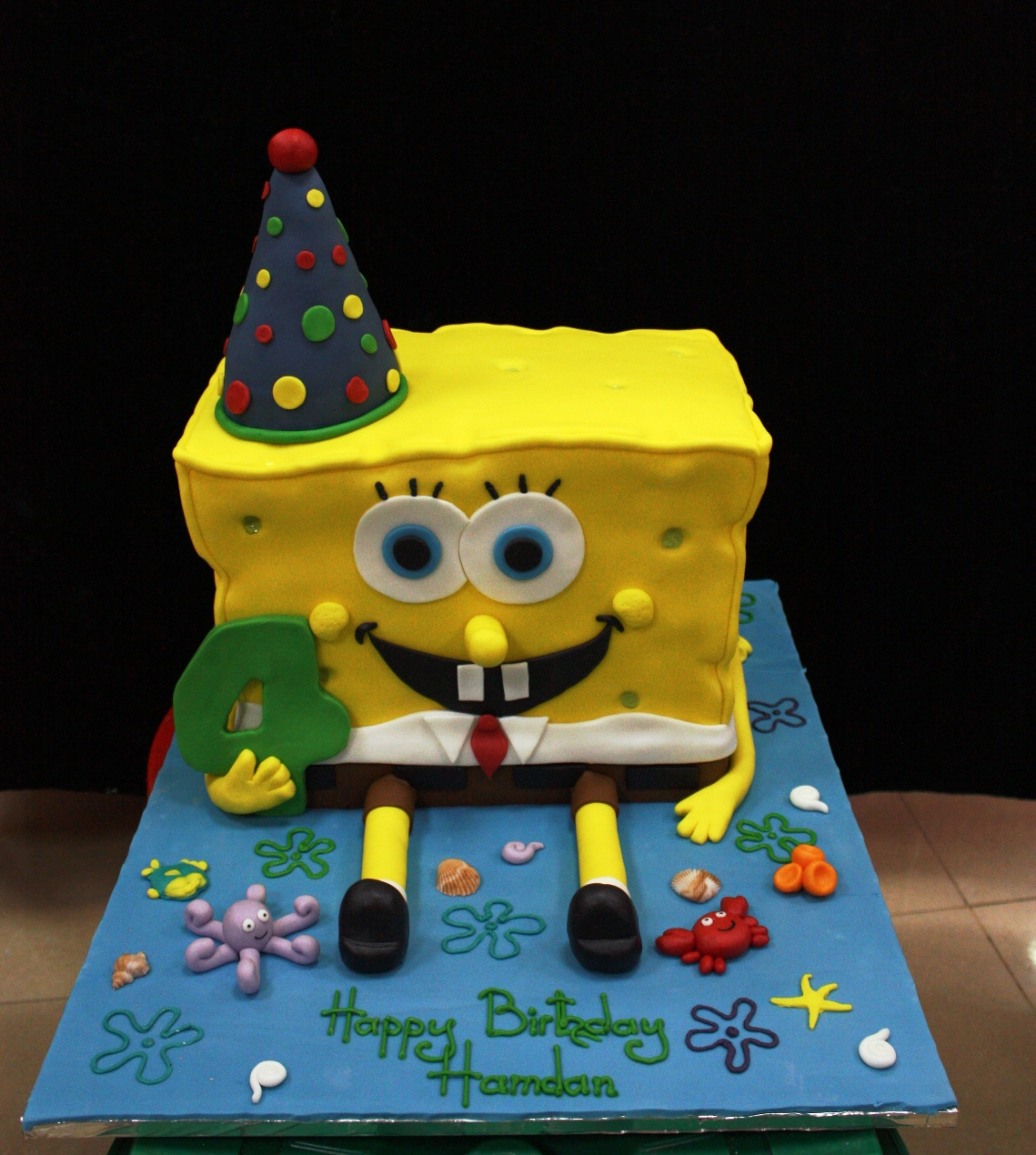 SpongeBob SquarePants, or SpongeBob, is the leading character of the cartoon series of the same name telecasted on Nickelodeon. The series is also the highest rated show by Nickelodeon apart from being one of the most watched shows from Nicktoons. The popularity of the show has made SpongeBob a hit in the popular culture, spawning a major media franchisee. SpongeBob can also be seen various merchandise products, such as clothing, coffee mugs, speakers and home décor products. SpongeBob themed cakes are also quite popular among kids of all ages. These cakes can feature a big, 3D model of SpongeBob standing or seating on top of a smaller cake. Alternatively, a large-sized image of SpongeBob may adorn the entire length of the cake. The cake may also depict imageries from Bikini Bottom, the underwater city associated with the series. SpongeBob is sometimes accompanied by other characters from the show as well, such as Gary, Sandy, Plankton, Squidward, Mr. Krabs and Patrick.