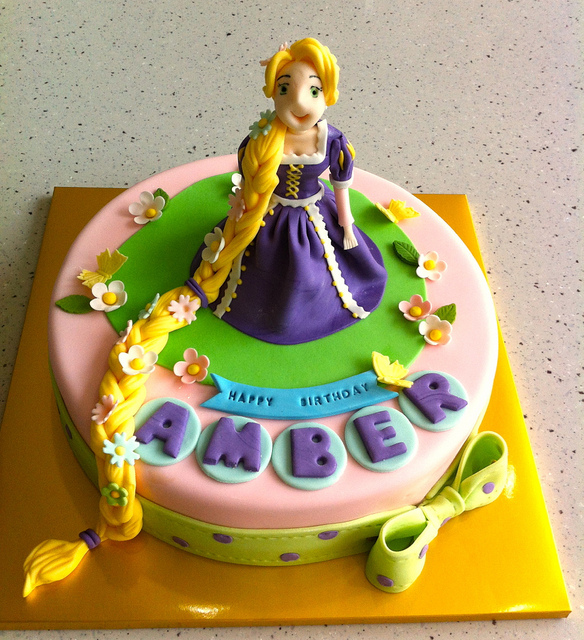 Rapunzel is the leading character from a German fairy tale with the same name. She was known for her long, golden hair which was repeatedly used as a means to climb up to the castle she was entrapped in. The popularity of the character led to the development of two animated feature films by Disney. The character of Rapunzel has for a long time captured the imagination of young kids. As a result, they just love having a Rapunzel cake for their birthday celebrations. These cakes are well known for their colorful appearance that can surely liven up any party. A Rapunzel cake can depict the tower in which she was imprisoned. She can be placed inside with her hair hanging down from the window of the castle. Alternatively, you can also choose a cake made in the shape of a nice, tall idol of Rapunzel dressed in fancy purple princess gowns. Sometimes the cake may also feature other characters associated with the Rapunzel story, such as Flynn Rider the thief, Maximus the horse and Pascal the chameleon.