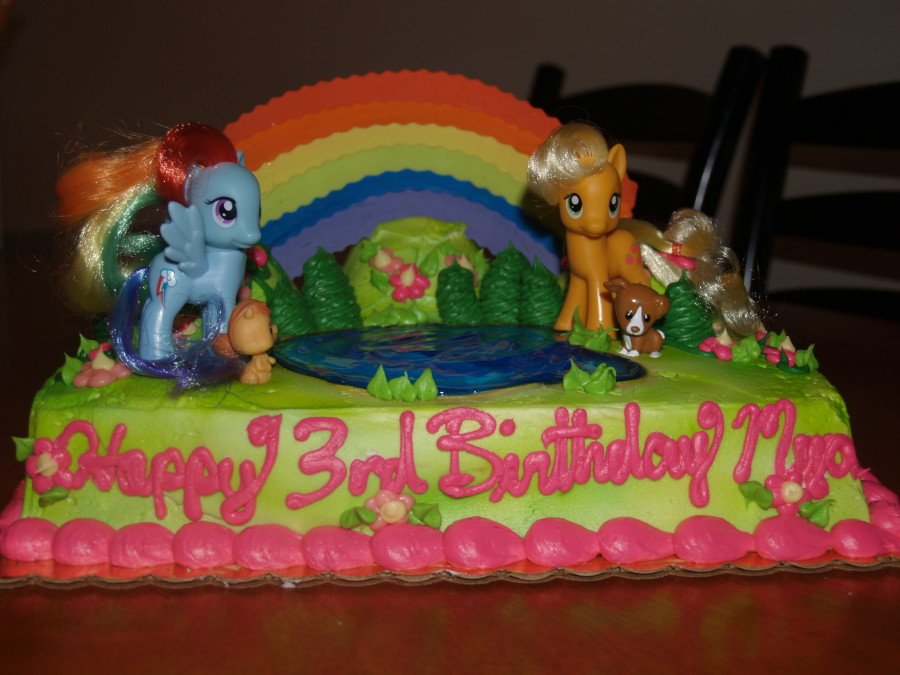 If you are planning your daughter’s birthday and wondering what cake design would be ideal for this special occasion, choose from one of the many My Little Pony cake designs that are available on the internet and you are sure to see that bright smile on her face that you cherish so much. My Little Pony is a popular entertainment franchise aimed mostly at young girls. Originally a toy line featuring ponies with colorful bodies, manes as well as unique symbols known as cutie marks, the small figurines became so popular that it led to the development of several animated specials, 4 animated television series and an animated film. The cakes inspired by these series are well known for their brightly colorful appearance. They usually feature nicely made rainbows and clouds, stars, colorful ponies, heart symbols, castles, small trees and bushes, as well as beautiful flowers and butterflies. Sometimes the cake can also be made in the shape of a merry go round. The cake can be circular or rectangle, with a single tier or two or three tiers.