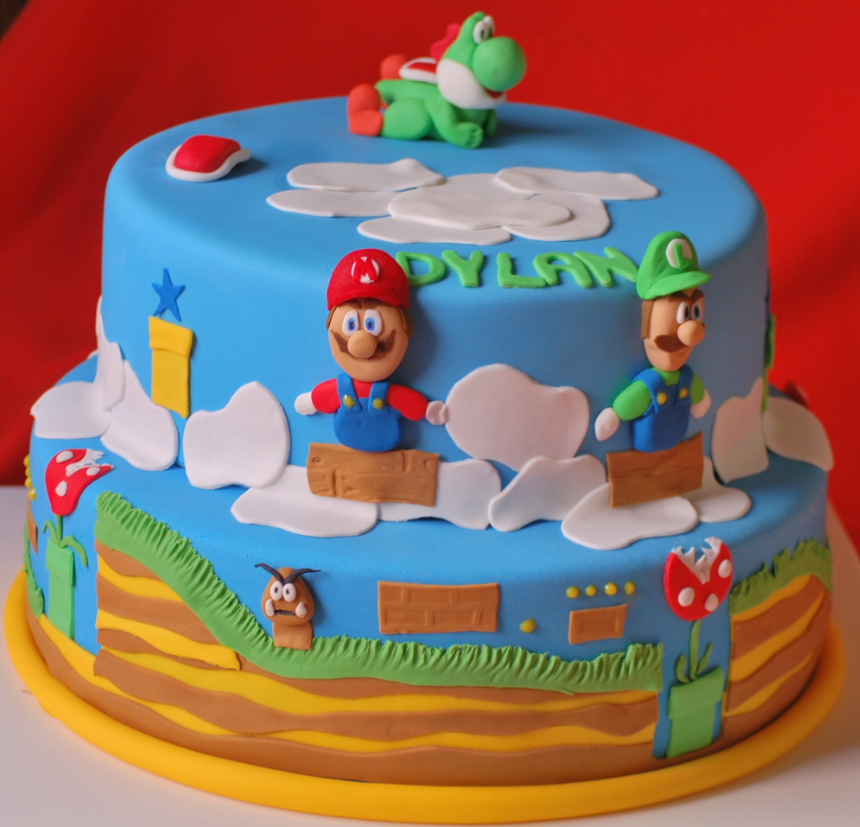 Mario is one of the most adorable characters ever produced by the Japanese video games house Nintendo. As the fictional protagonist of the Mario video games franchise, the titular character is famous for overcoming several obstacles and saving Princess Peach. The popularity of the series has led to the release of several versions of the game, and Mario’s presence has been felt in other merchandise products as well. The character Mario has been a rage with both kids and adults, and cakes with Mario theme have gained universal acceptance over the years. Whether it is a wedding cake or a birthday cake, a Mario cake is sure brighten up your special day in its own sweet ways. The cakes are very colorful in their appearance and are full of picturesque motifs such as blue skies, clouds, trees, polka dotted mushrooms signifying the Mushroom Kingdom, the castle, stars, and characters like Toad, Luigi or Princess Peach. The weddings cakes are often three or four tiered and can resemble presents or can be topped with a 3D castle made of icing.