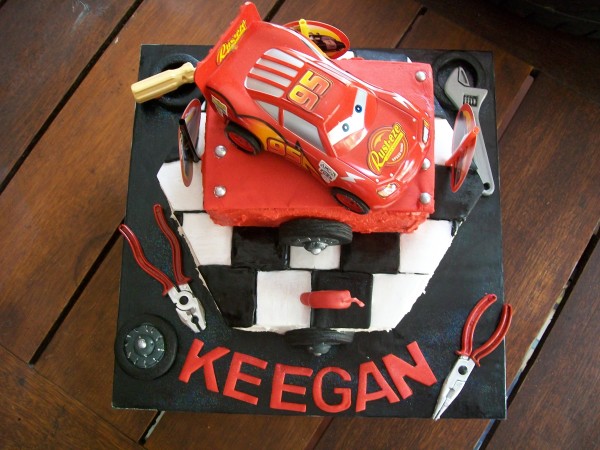 Cars cakes are very popular among little boys, mainly at birthday parties. The craze for car theme birthday cake reached a different level after the Disney movie Cars released a few years back and it became ‘Cars’ theme instead of Car theme. The Lightning McQueen car cakes or popularly known as Disney Cars cakes are highly sought after by parents whose kids’ love Lightning McQueen’s maneuvers. The most interesting thing about Cars cakes is that you can decorate the cake in various ways and different styles. Take a look at the following Cars cake images to get an idea. Try something new and different with the same theme and your kid would love it.