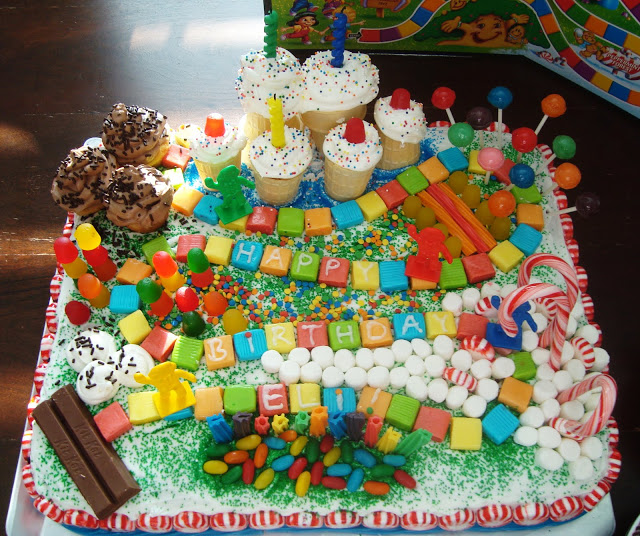 Candy Land or Candyland is a racing board game that is simple enough to be played by young kids. It features an elaborately winding, linear track that is made of 134 multicolored spaces. The player needs to find King Kandy, who is the lost king of Candyland. Candyland’s popularity led to the development of several other versions of the game, including Chocolate Land. It has also been used as a motif and has been used as a reference in many other popular media. Candyland is also a very popular theme for birthday cakes, and they are known for their vibrant, colorful appearances. The cakes often feature the colorful maze that one has to traverse through. Characters such as The Kids, The Gingerbread People, Mr. Mint, Jolly and Plumpy are often seen in Candyland cakes. The cake may have a single tiered rectangular surface, or it might have a circular shape with two or three tiers. The Candy Castle is also a motif that is frequently used to adorn these cakes.