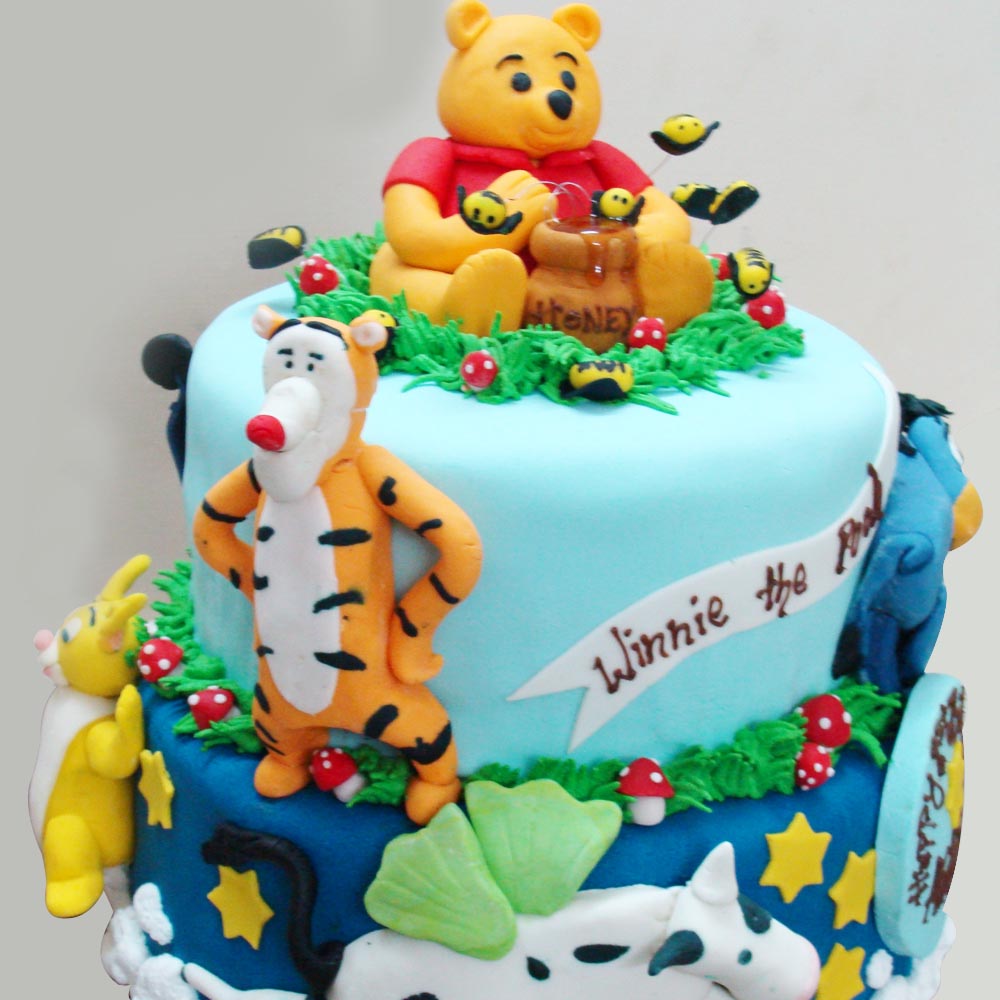 Winnie the Pooh is a popular animated character that was created by Alan Alexander Milne in 1926. It is a fictional bear known for its various misadventures throughout the collection of short stories. The character became so popular that it was later adapted by Disney for a number of feature movies. The movies featuring Winnie the Pooh became one of the most successful Disney franchisees of all time. Young kids have loved this character a long time and enjoy having him around in various goodies. It is thus no wonder that a Winnie the Pooh cake is also a great favorite among children of all ages. If you are wondering how to make the ideal cake for your young cutie, just opt for a nice Winnie the Pooh cake and you are sure to bring a bright smile on his or her face. These cakes are generally very colorful and are accompanied by a nice image or a doll of Winnie. Sometimes Winnie is also joined by other characters from the series such as Tigger, Kanga, Eeyore, Piglet and the bees.