Volcano cakes are ideal for any occasion if you are looking to make a smoking hot statement! These cakes characteristically feature a volcano-shaped mountain from which molten lava is emitted. The dome cake which is posed as a volcano is placed at the base. Molten chocolate or red jelly is normally used to create the effect of lava. Sometimes a volcano is topped by a flaming sparkler or a burning flame. The volcano maybe predominantly dark brown in color or it may have heavy amounts of reddish-yellow shades. The volcano cake may have the environment of a Hawaiian island, with tropical palm trees and lagoons. Sometimes dinosaur models can be included in the cake to give it a more prehistoric quality. 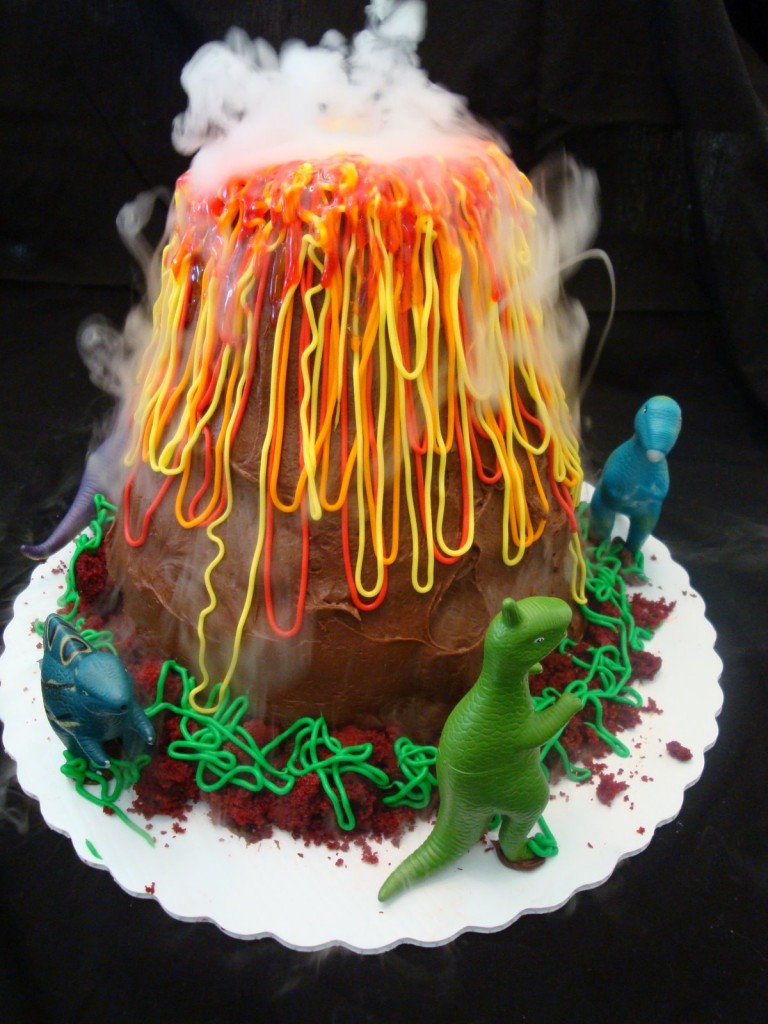 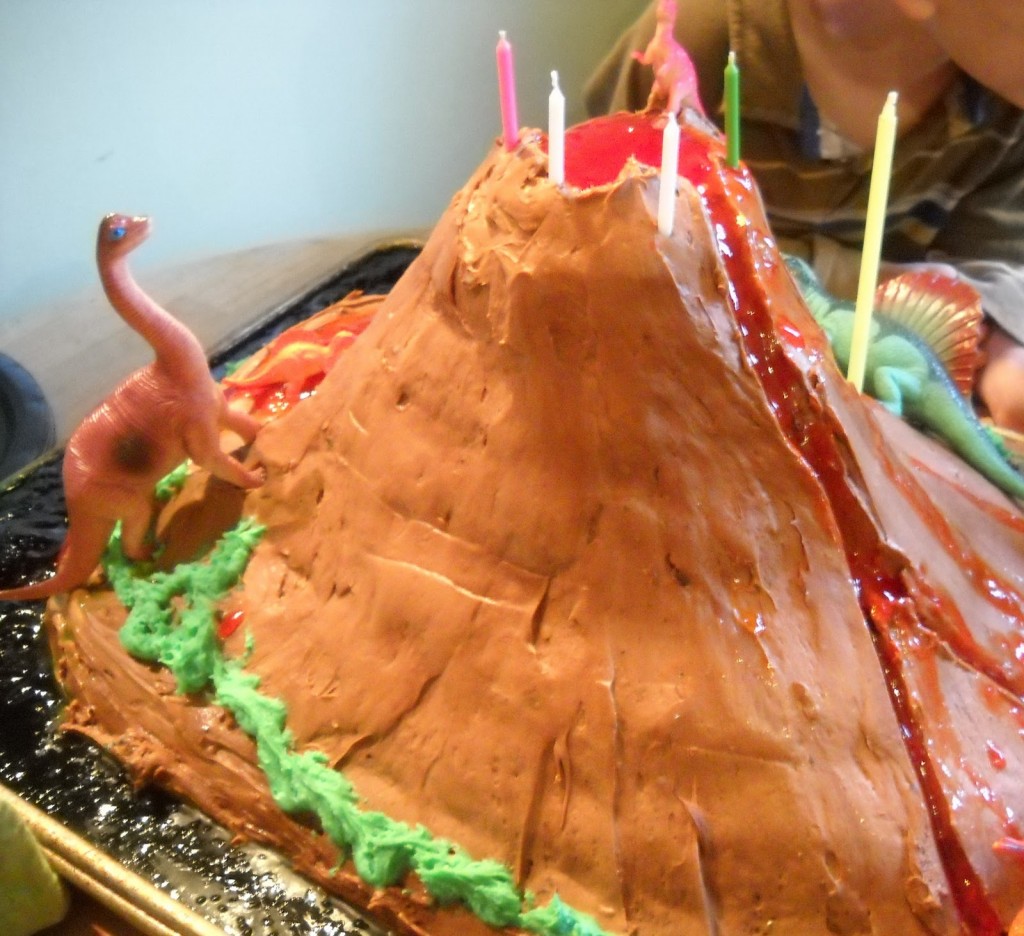 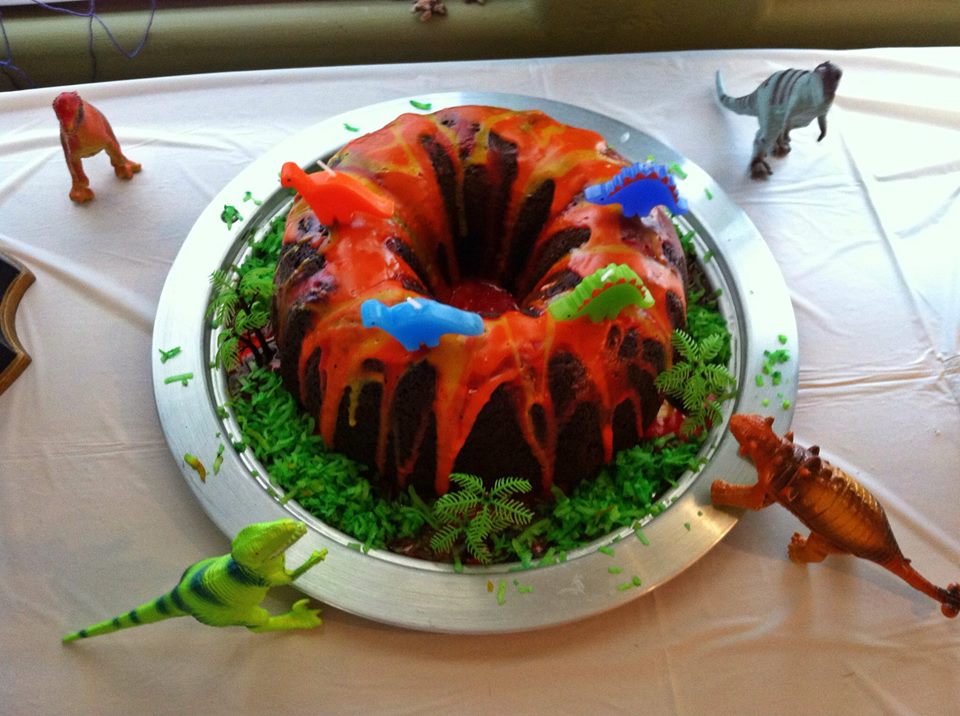 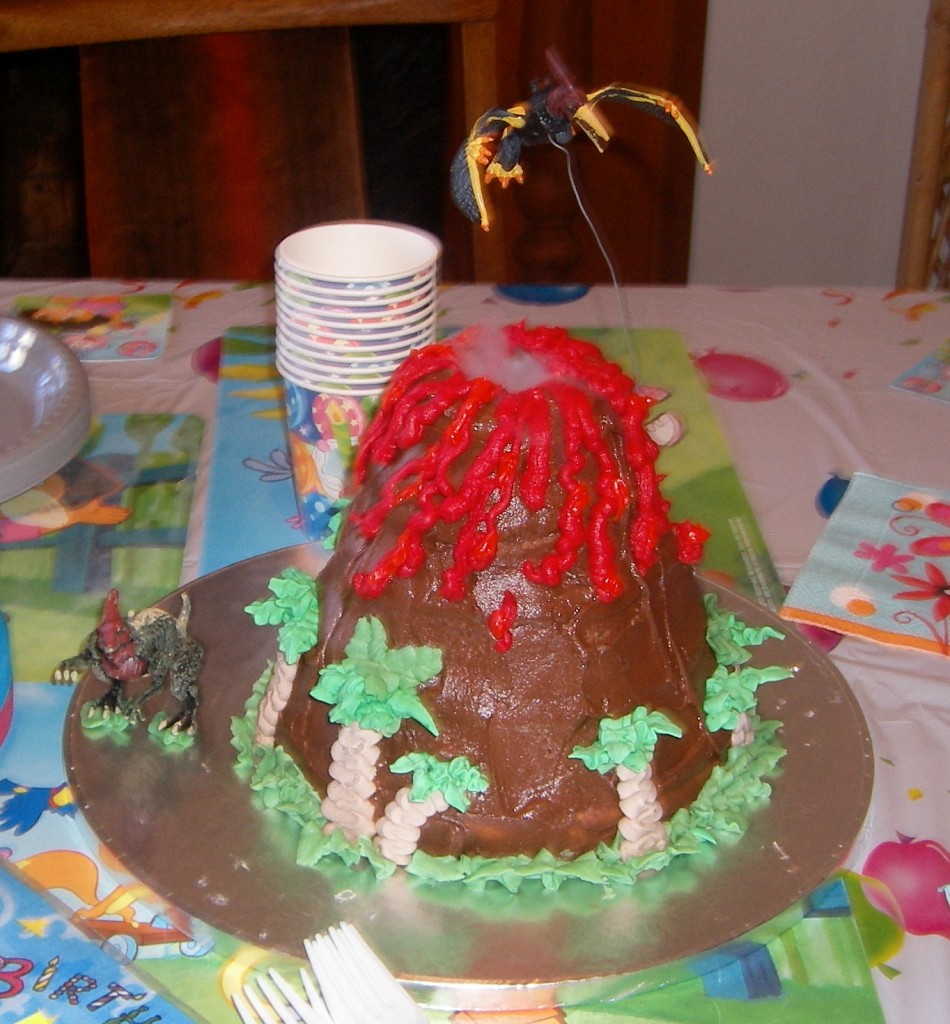 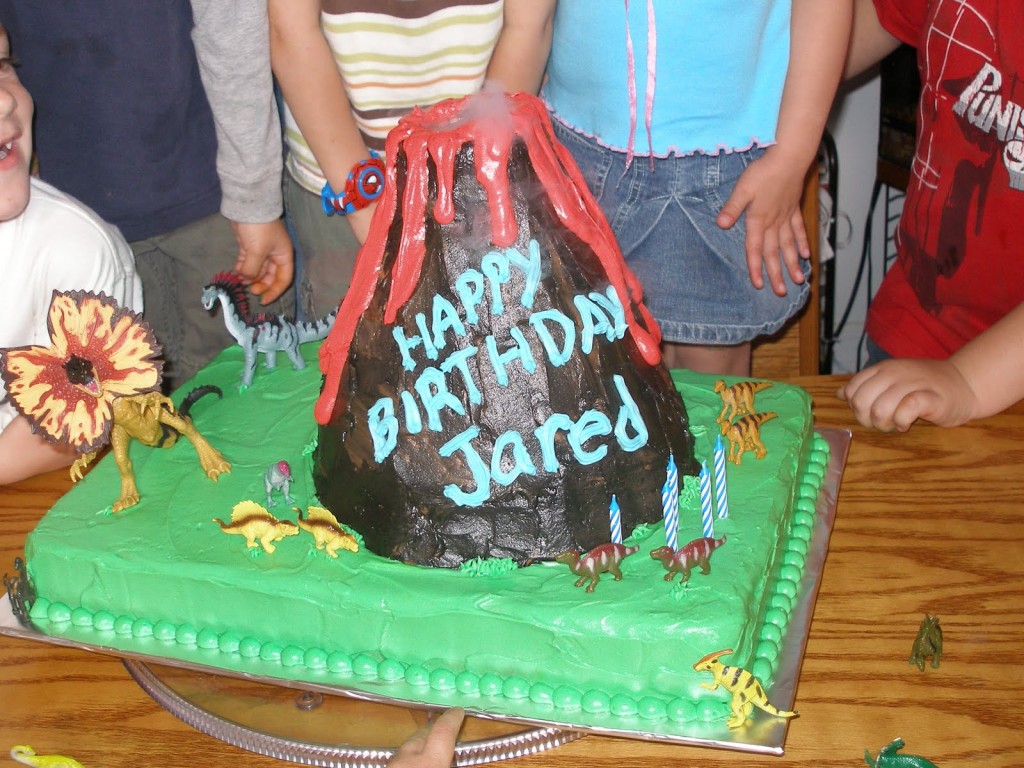 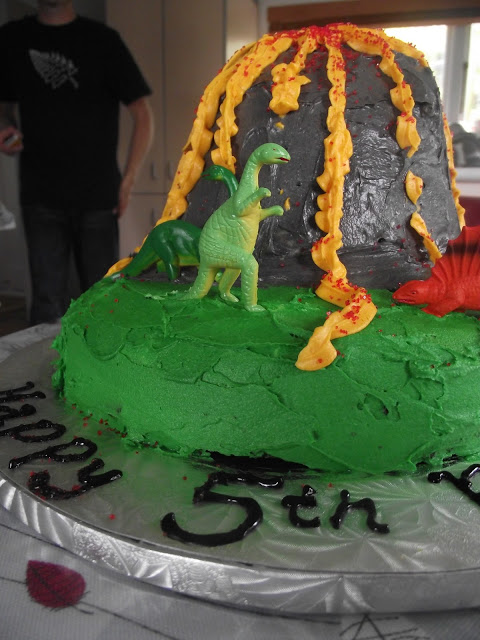 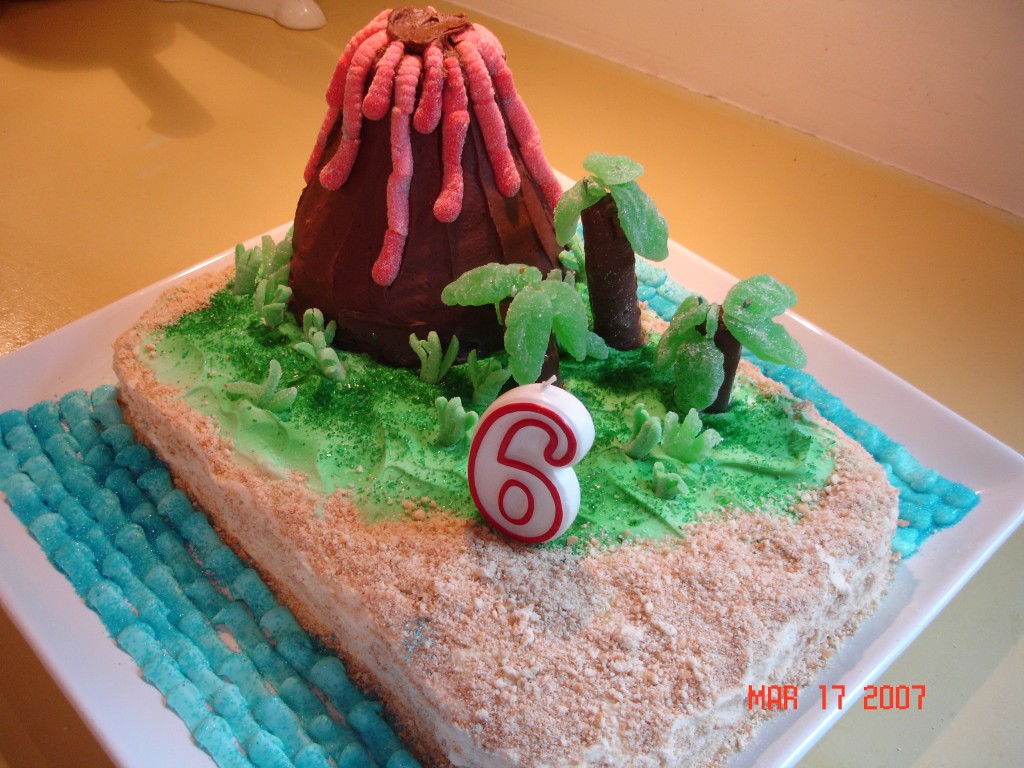 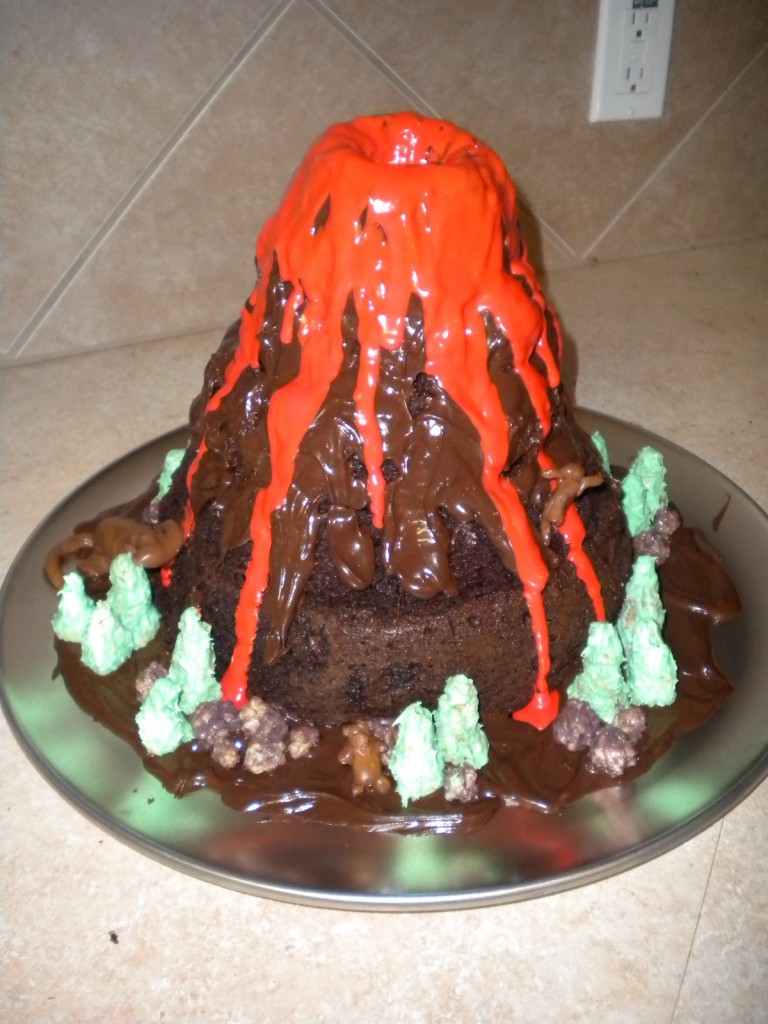 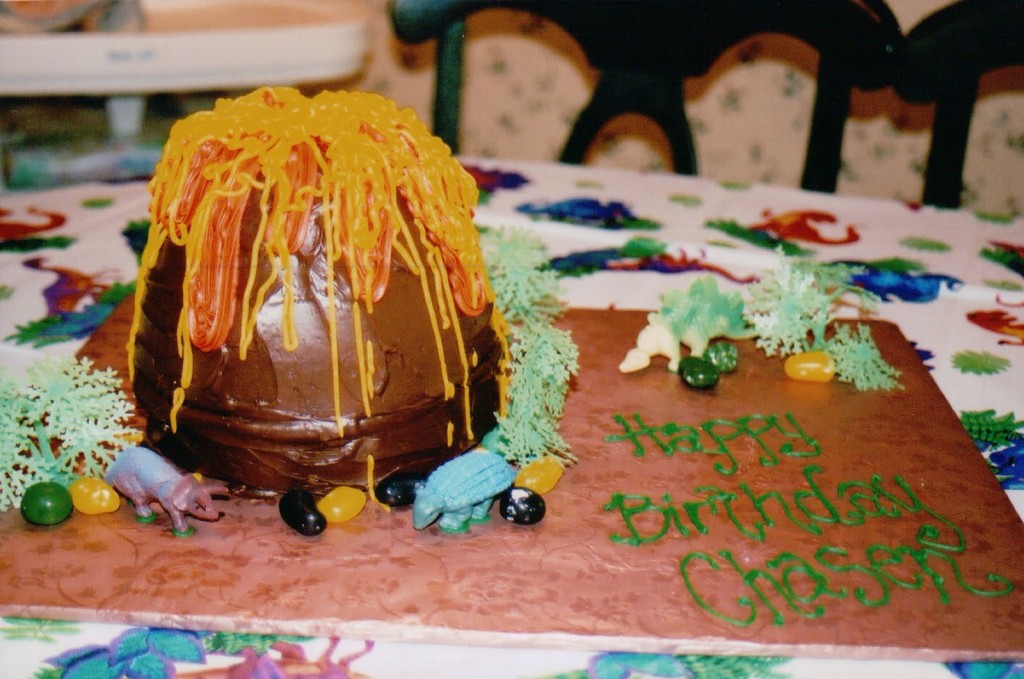 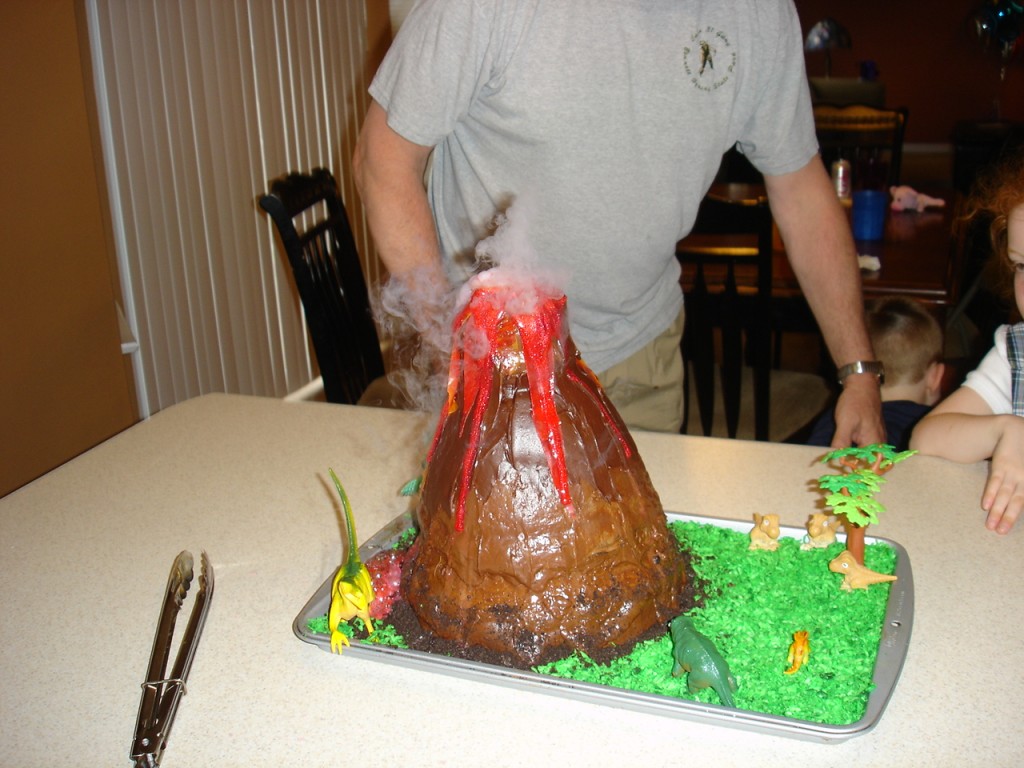 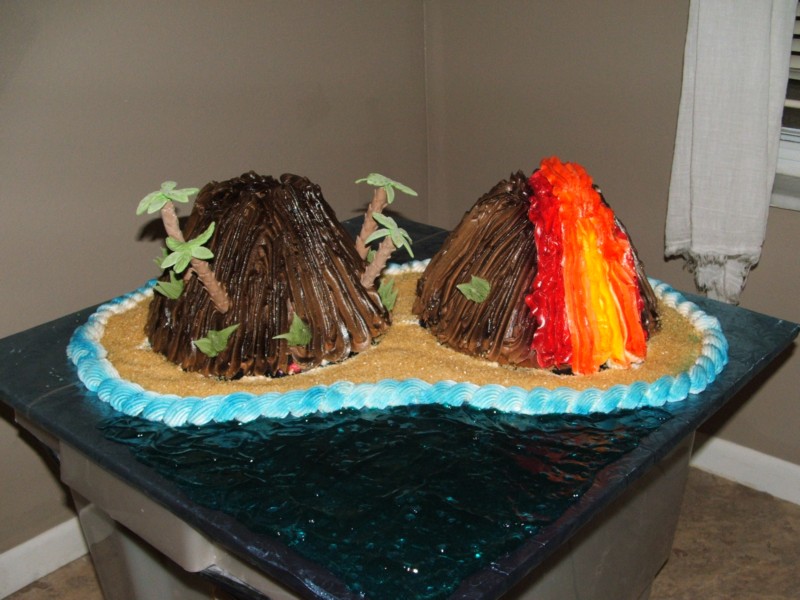 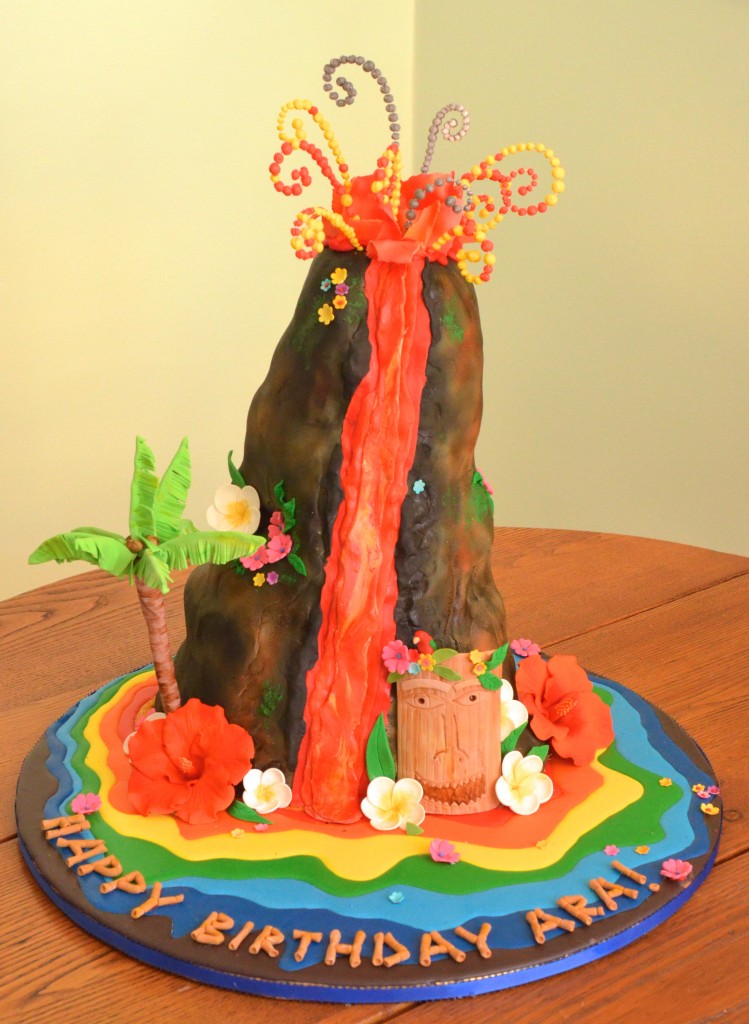 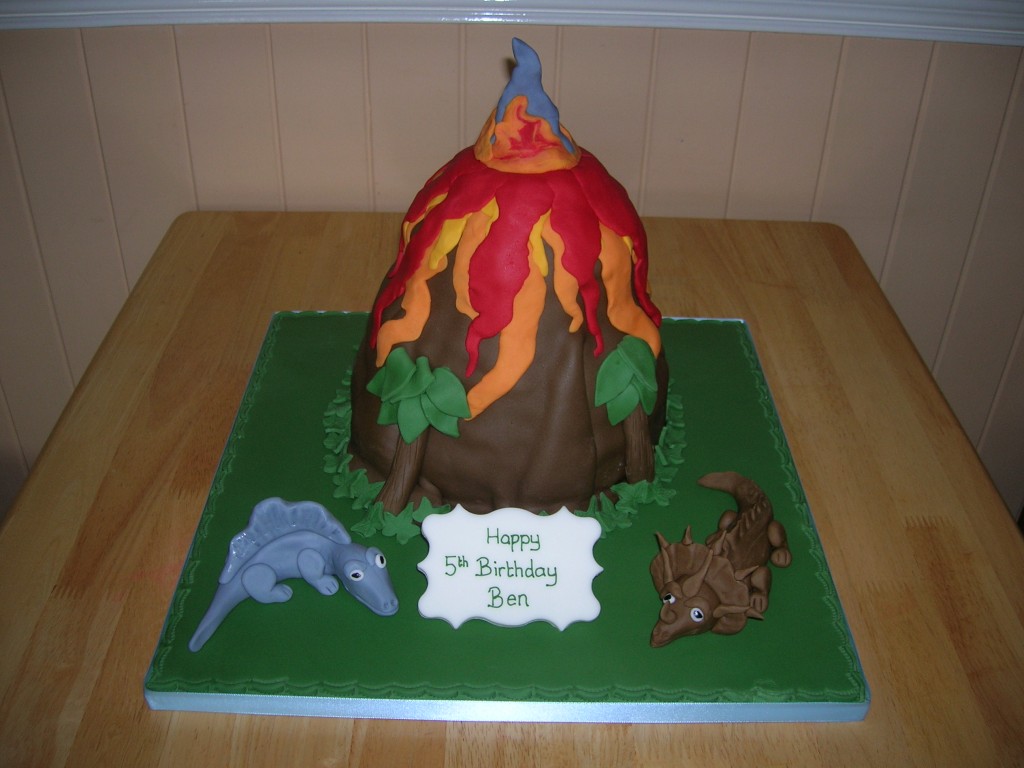 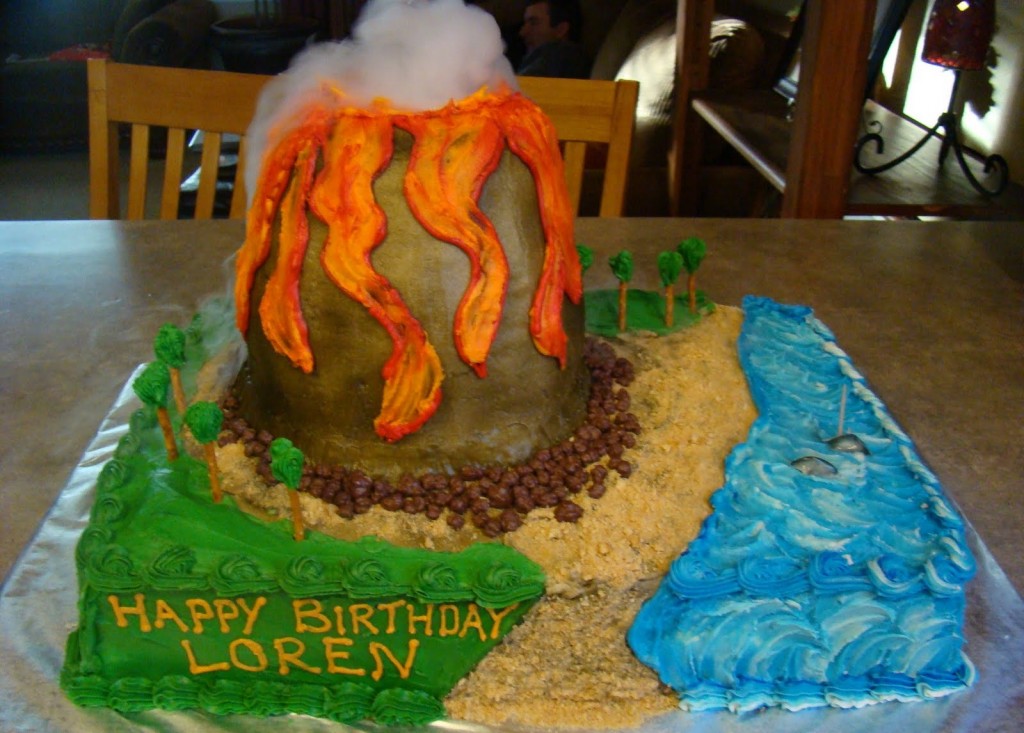 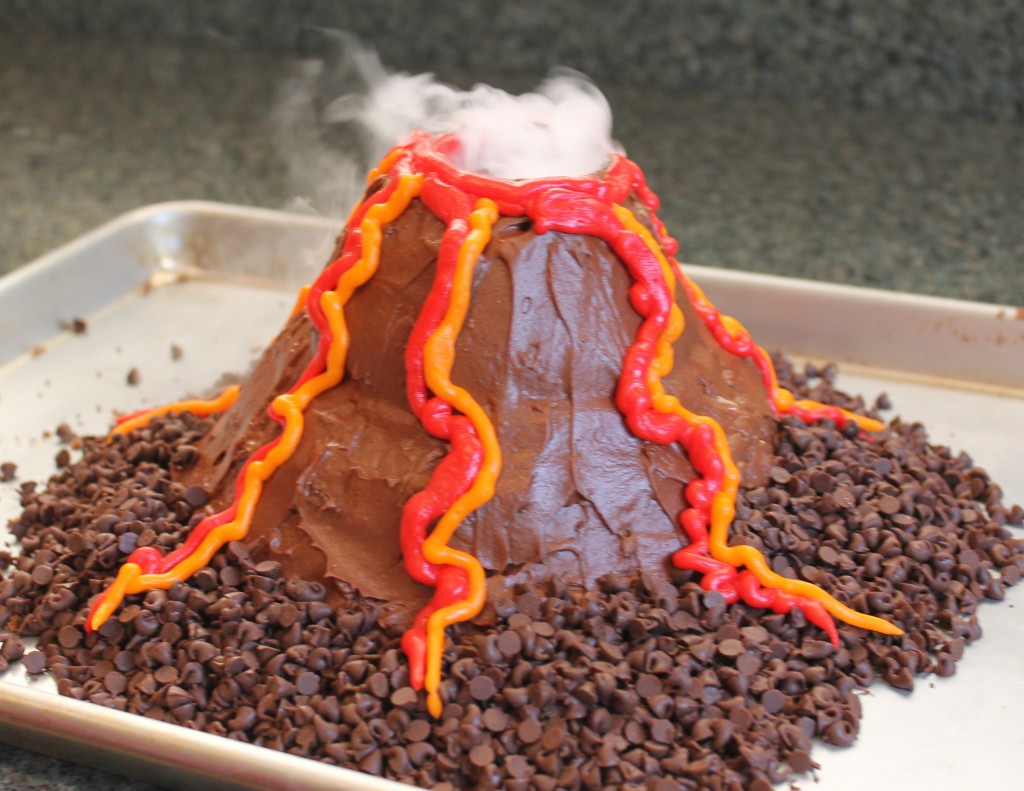 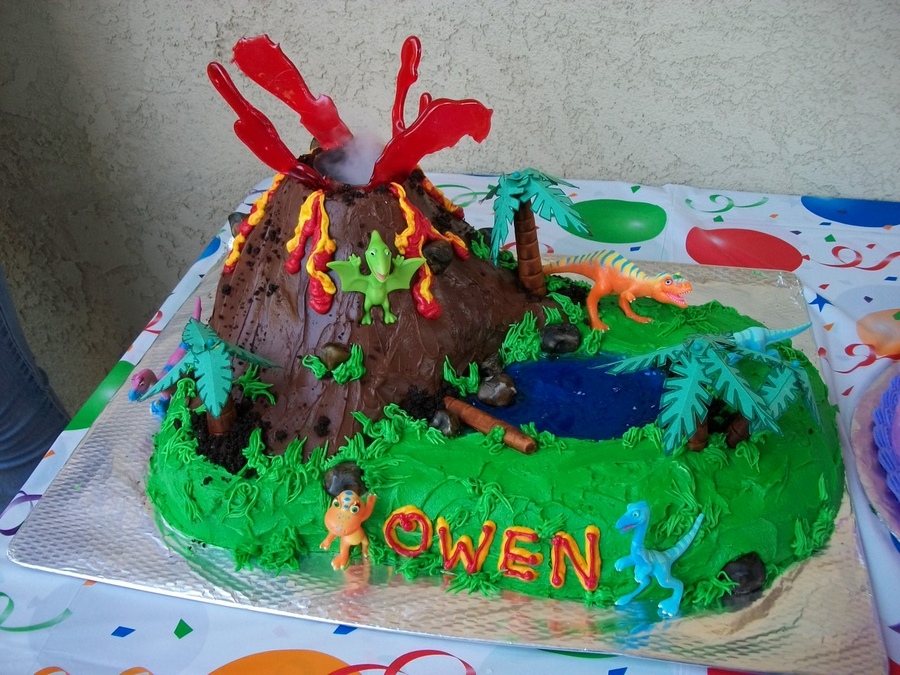 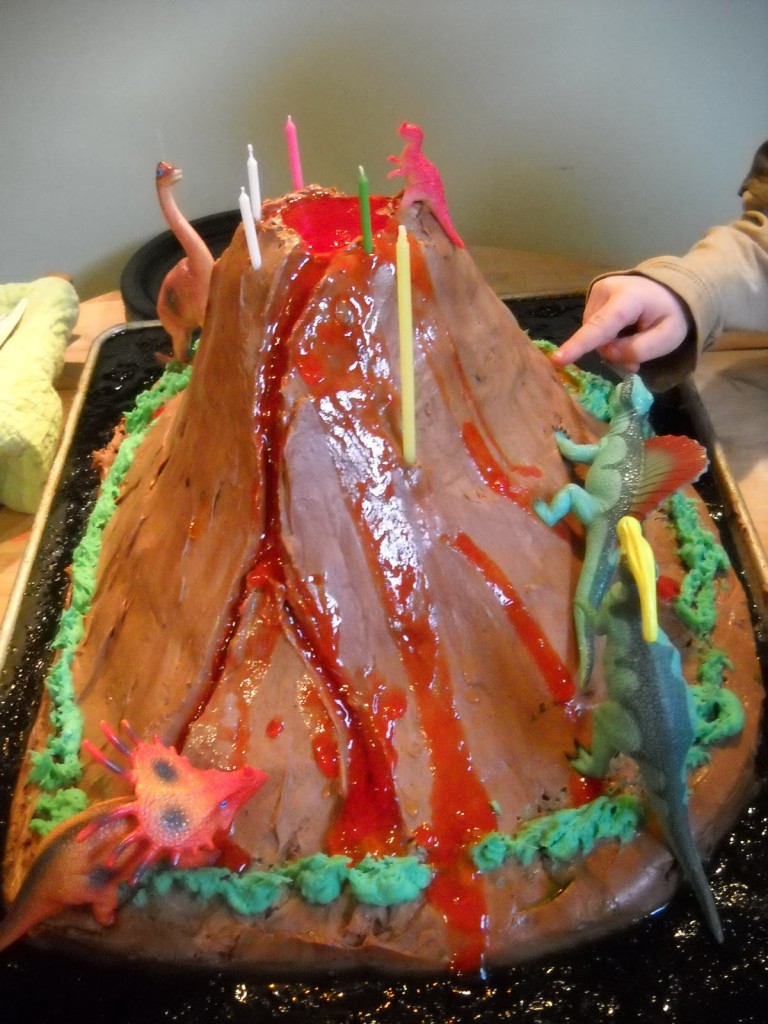 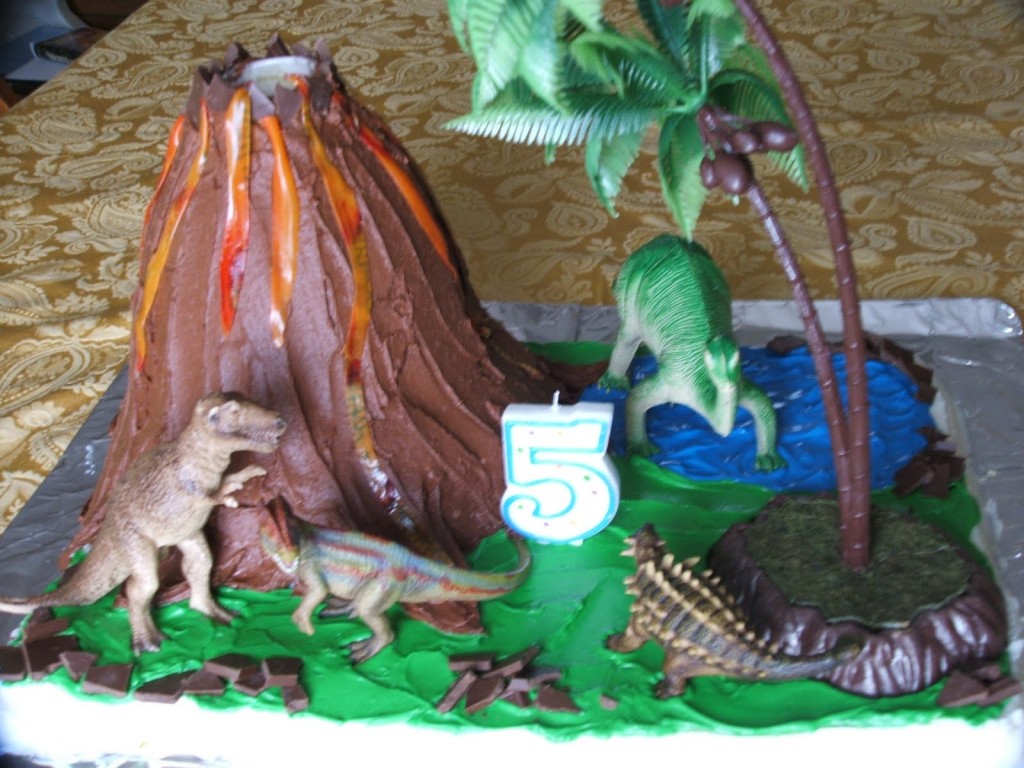 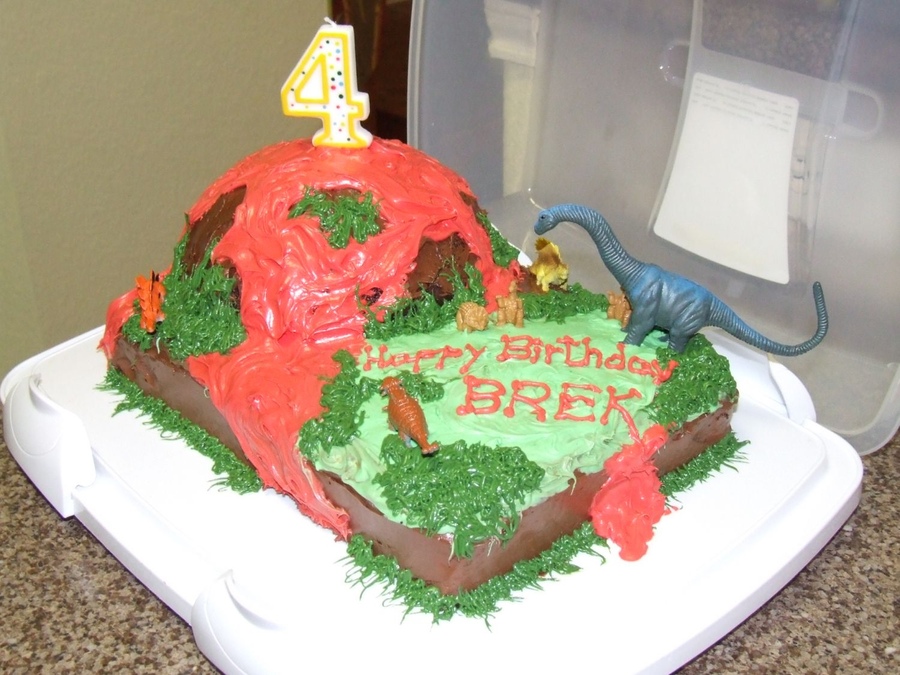 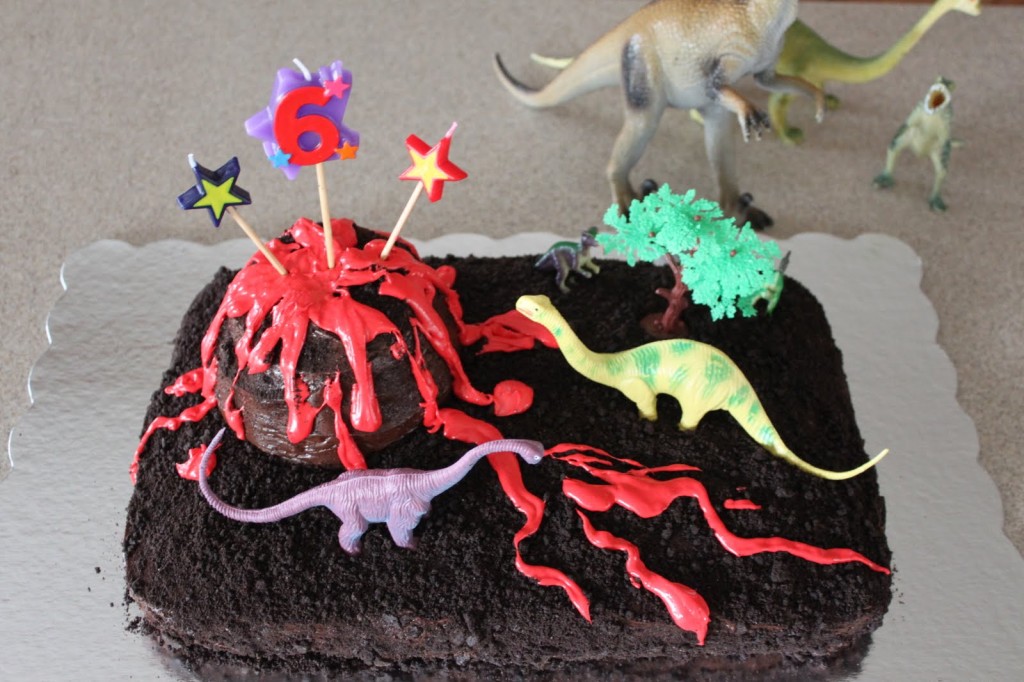 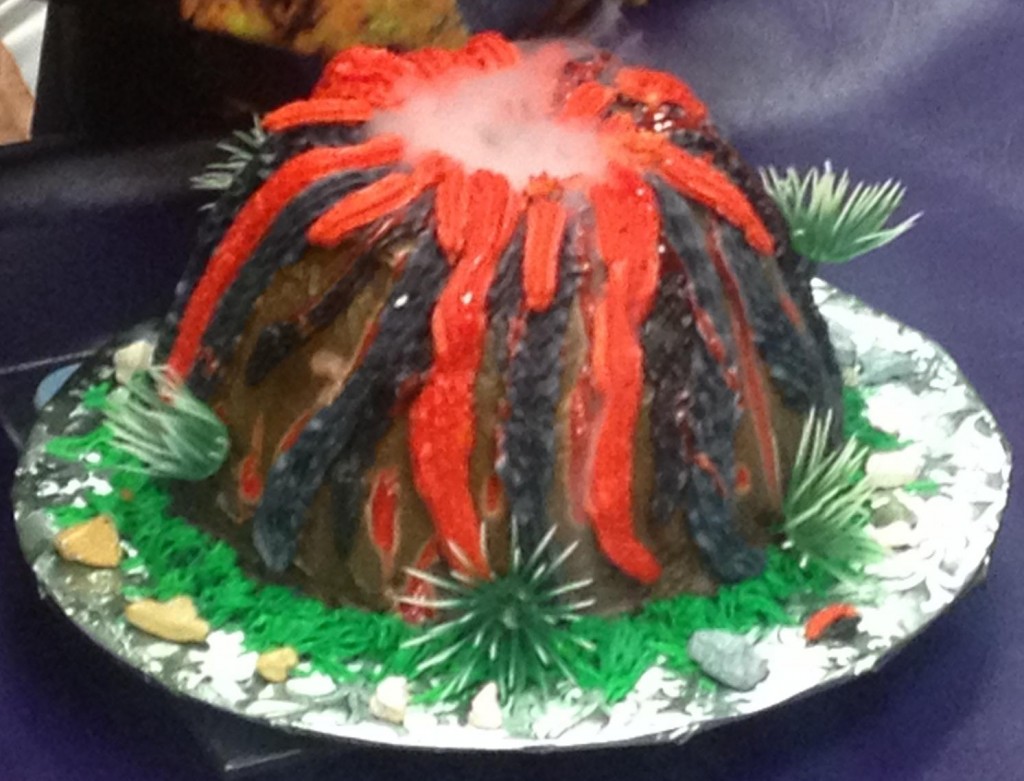 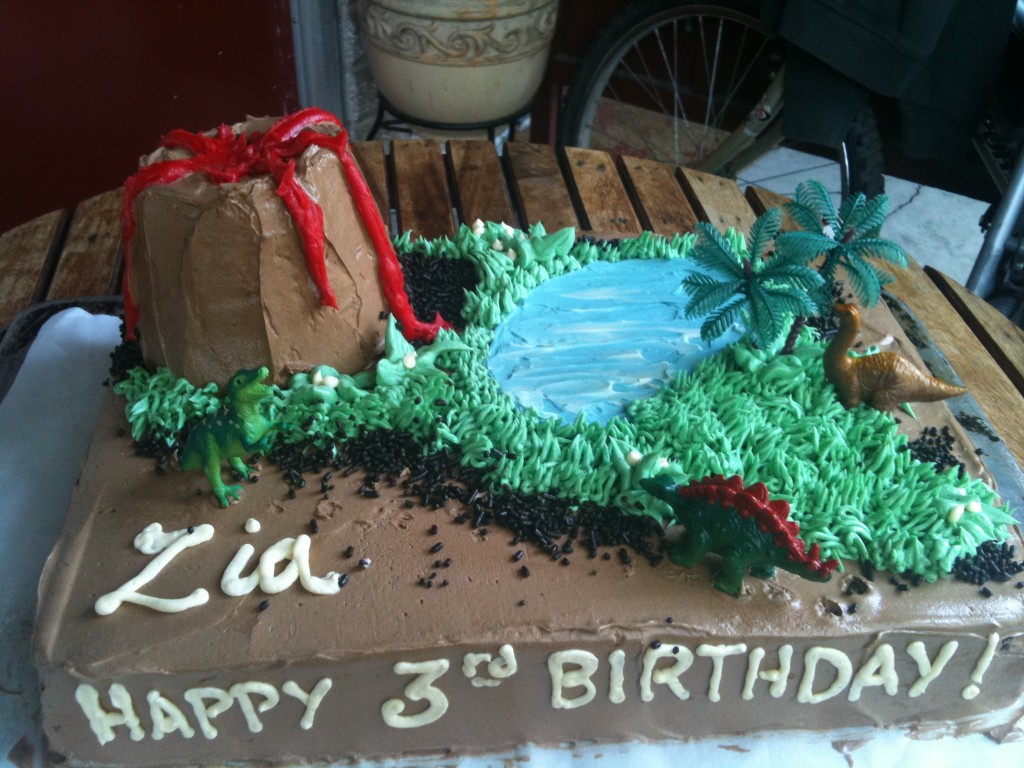 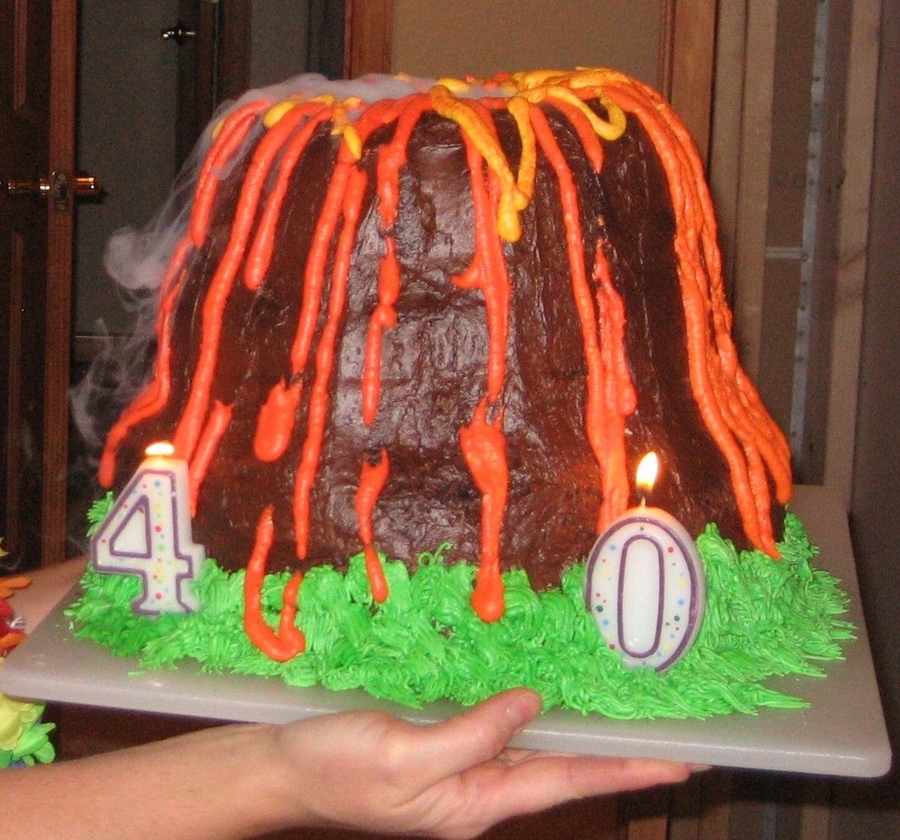 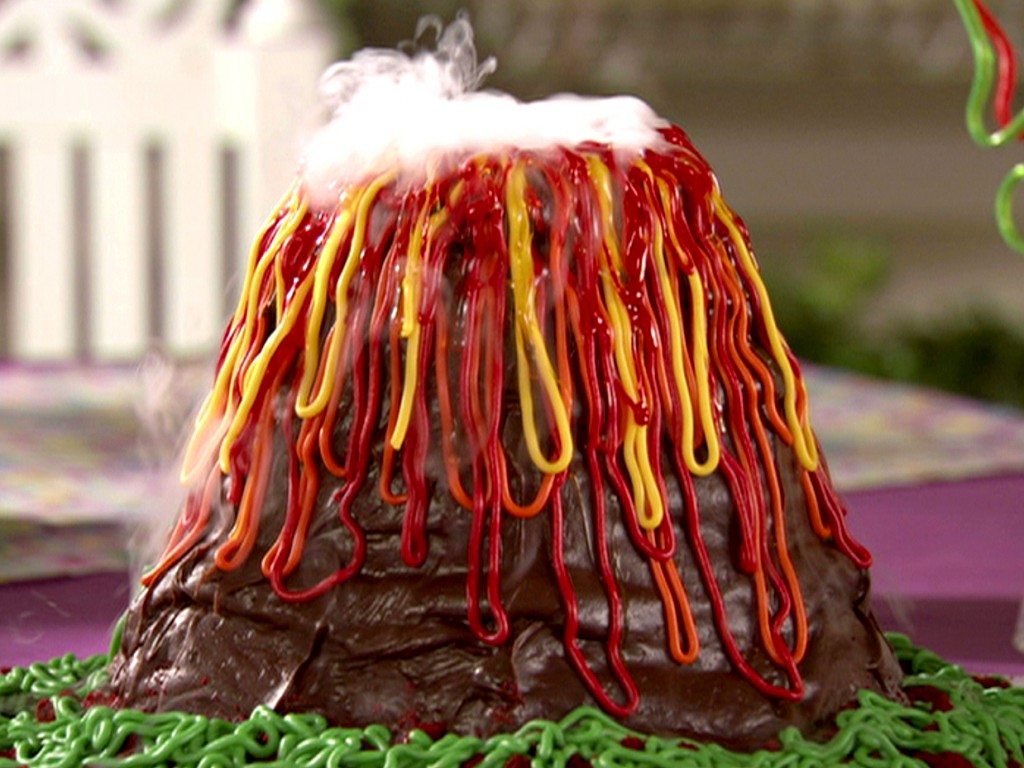