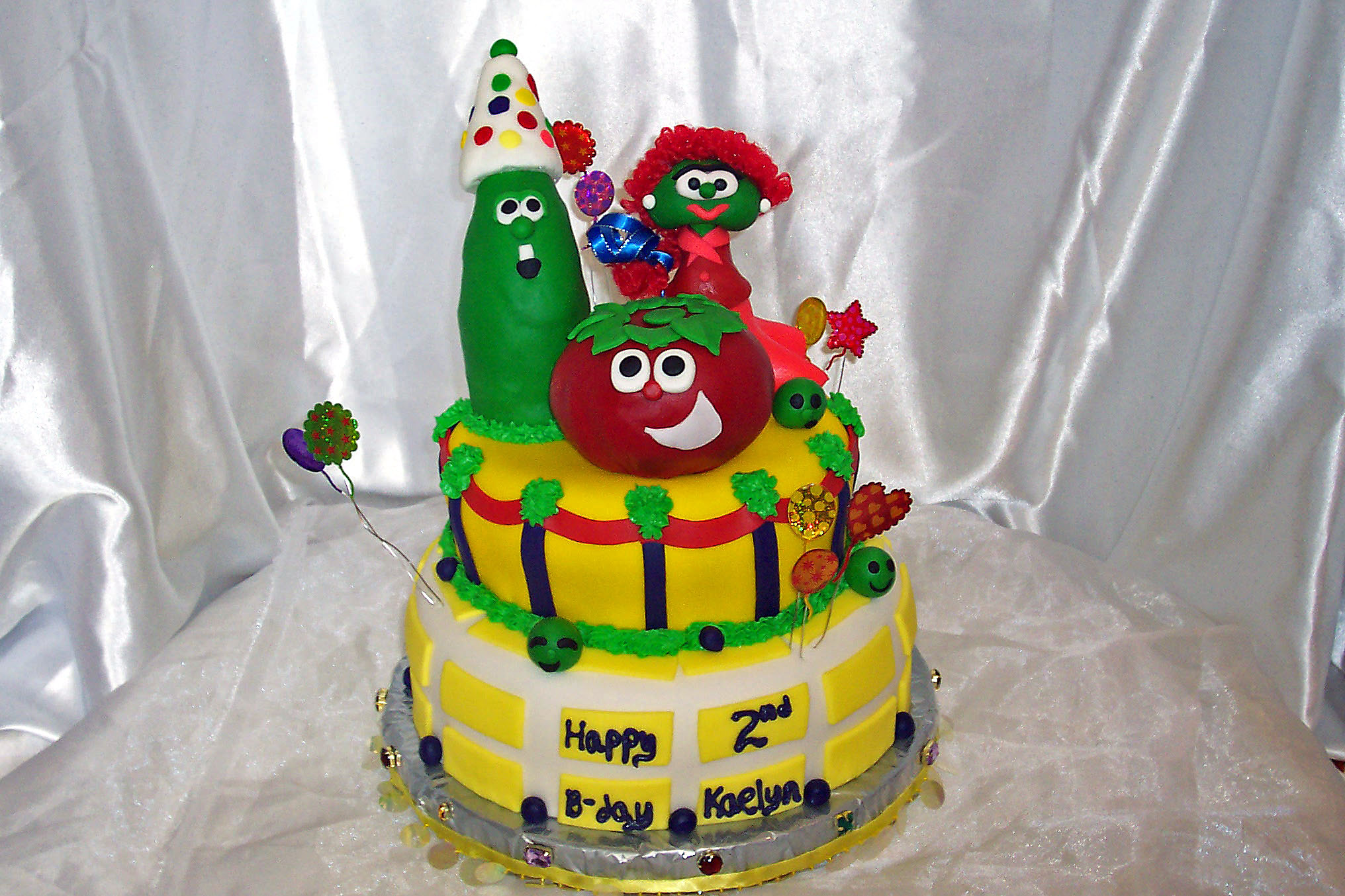 Veggie Tales is a series of animated films that are based on Christian moral concepts. It became immensely popular among young kids, who love to own goodies that are based on the show. Veggie Tales have also made their presence felt in the world of bakery and cakes based on this series are highly cherished by the young fans. A Veggie Tales birthday cake is a great way to show your loved one that you care and make his or her special day a memorable one. These cakes often depict the various characters of the series, such as Larry the Cucumber or Bob the Tomato, and can have additional designs such as balloons, trees and other embellishments. The Veggie Tales cakes are generally characterized by very bright colors that give them an interesting appearance.