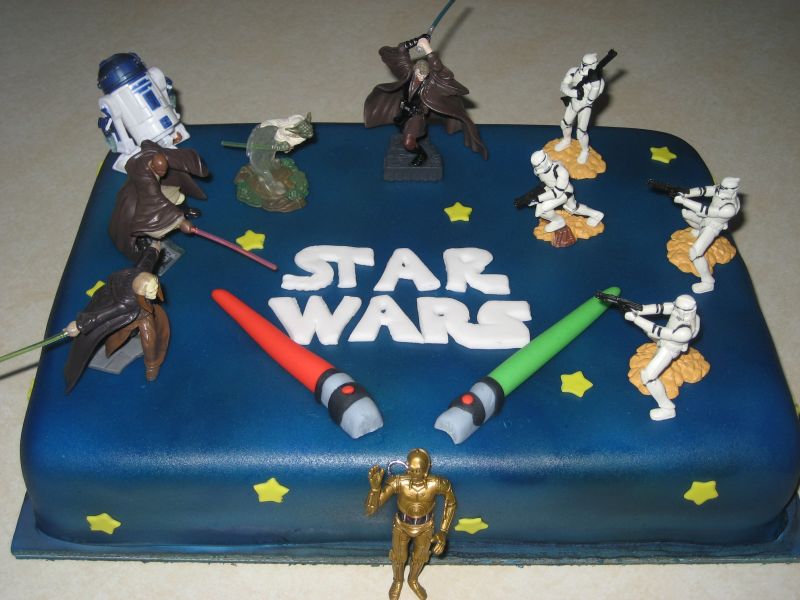 The Star Wars film series is one of the most successful film franchisees of all times. Its widespread influence in the popular media has led to the development and release of countless books, video games, lifestyle goods and other merchandise products. The films are a hit with viewers of all ages which is evident by people showing eagerness to adopt Star Wars-themed décor. It is also for this reason that the Star wars cakes are immensely popular with ardent fans of the film series. Whether it is the birthday of a grown-up or a kid, a Star Wars cake is sure to take the celebrations to an entirely new level. You may choose a cake design that depicts the face of Darth Vader, or an entire figure of Master Yoda. A two or a three tier cake can be coated with a blue coloring to represent the skies which is then covered by stars. Alternatively, you can also have Jedi and Sith characters engulfed in a combat with their lightsabers as the choice of your cake design. Whatever it is, a Star Wars cake is sure to provide you with a great sense of adventure and fun, thereby making your birthday celebrations a memorable one.