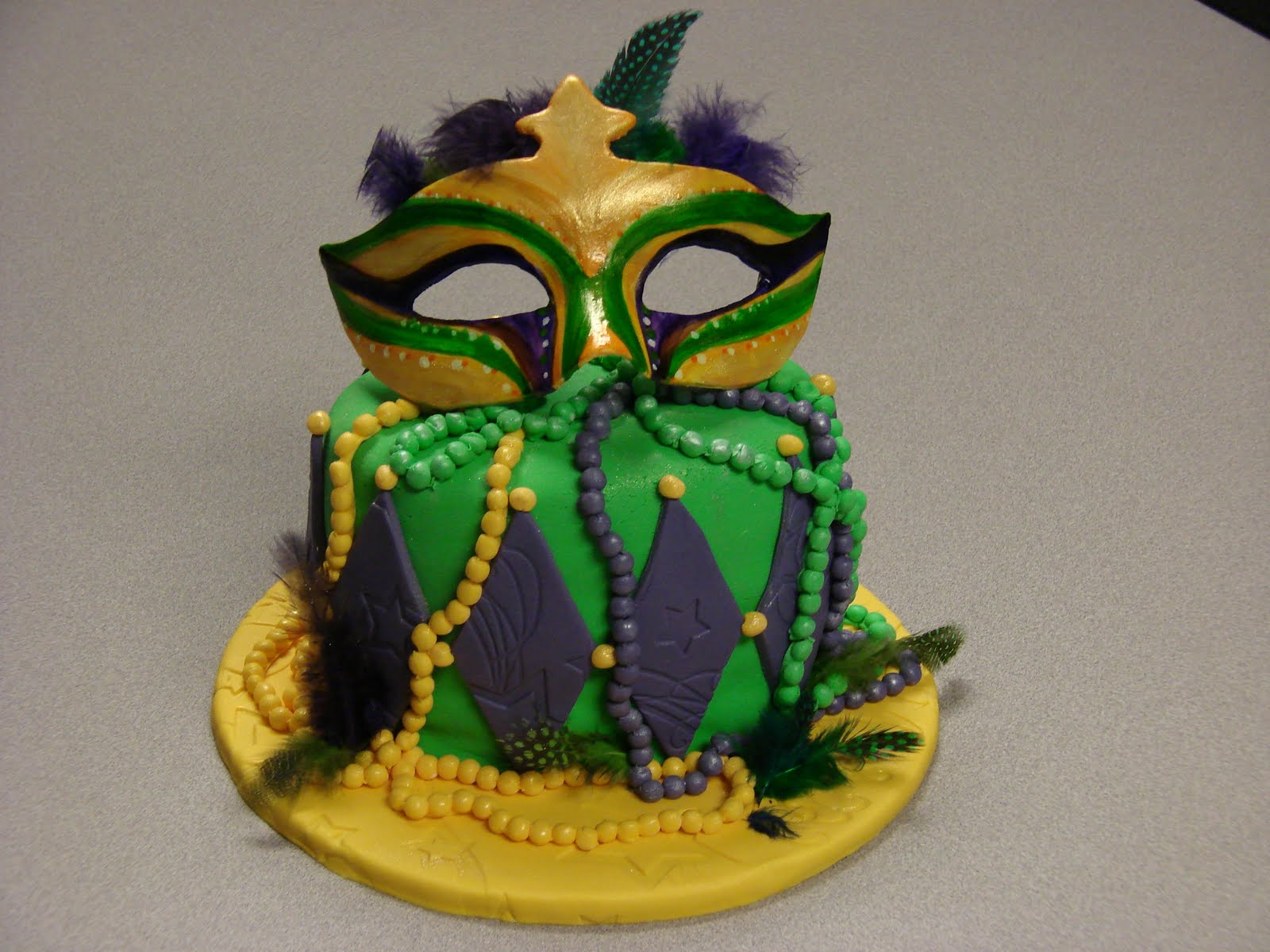 Mardi Gras is a festive carnival that is held on the day before Ash Wednesday. It is a French term denoting Fat Tuesday, a religious festival that is observed on the last night prior to the commencement of the ritual fasting associated with the Lenten season. Mardi Gras is associated with various popular practices such as wearing costumes and masks, dancing, overturning the traditional social conventions, as well as holding parades and sports competitions. The celebrations of Mardi Gras are held in United States, Brazil, United Kingdom, as well as in various other parts of Europe such as Spain, Italy, Belgium, Germany, Sweden and Netherlands. Mardi Gras is also a very popular theme for designer cakes. The bohemianism and spirit of carnival associated with these cakes make them loved by all fun-loving souls. These cakes are known for their bright colorful appearances, with the shades of yellow, green, blue and purple being the most common. Mardi Gras cakes are also adorned by a carnival mask with feathers on them. Beads that are frequently associated with this festival can also be used to adorn these cakes.