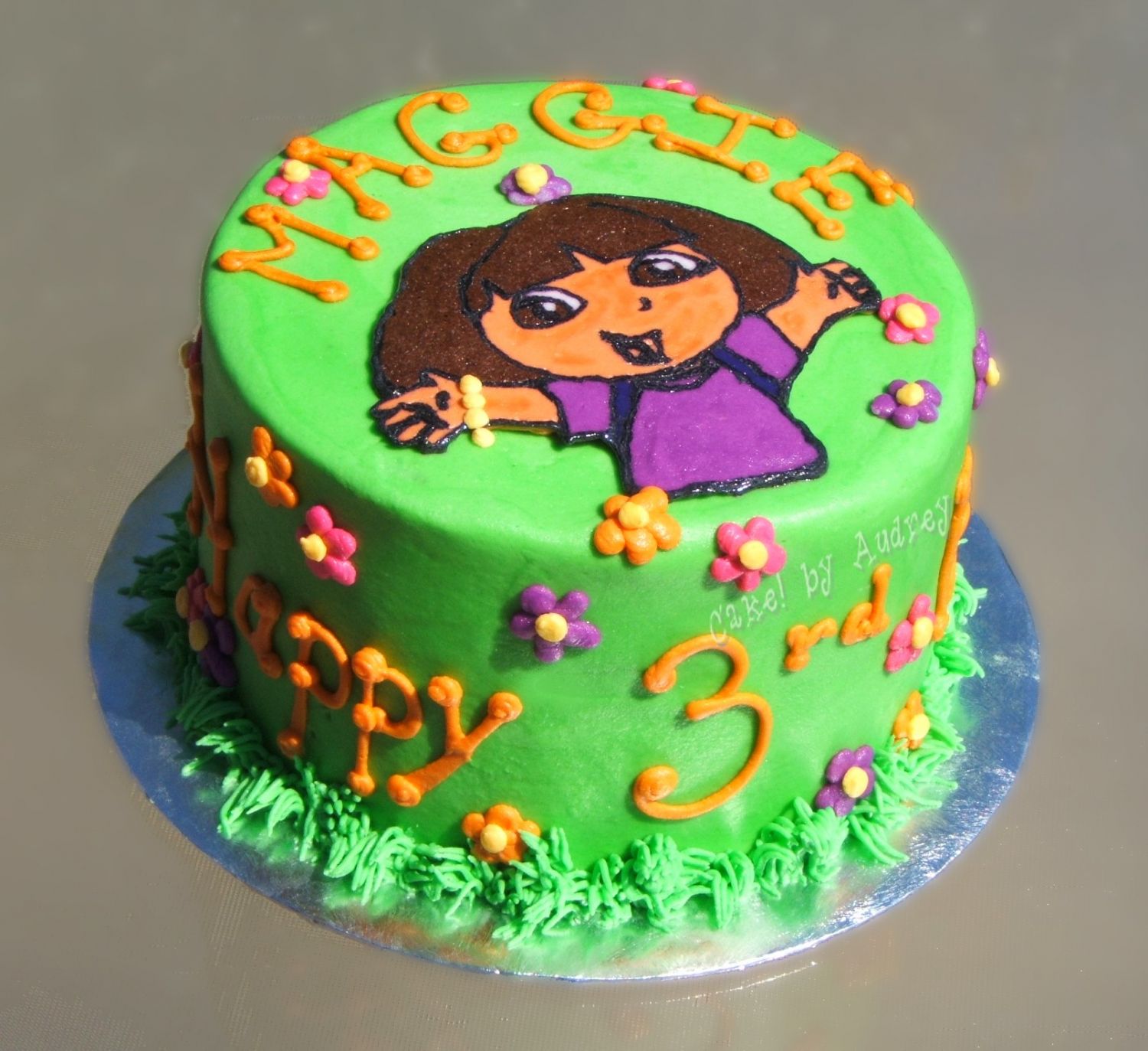 Dora is an extremely popular character among young kids. She appeared in the hit show Dora the Explorer, an educational animated TV series presented by Nickelodeon. The character is marked by her adventurous spirit as well as her eagerness to topple all obstacles that she encounters on the way. The success of the series also led to the development of video games, clothes and toy line franchisees. Children also love having Dora in their birthday cakes. Having this adorable character depicted in the cake surely adds an extra value to one’s birthday celebrations. If you want to make the birthday bash of your son or daughter a memorable event, get a Dora cake to add a spark to the special day’s celebrations. You can have plenty of options while choosing your Dora cake design. The cake can be single, double or triple tiered, and can be rounded or rectangular. The cake can be topped by a fancy Dora sculpture along with some stars or flowers. Alternatively you can also have Dora’s image drawn on the cake’s surface by icing.