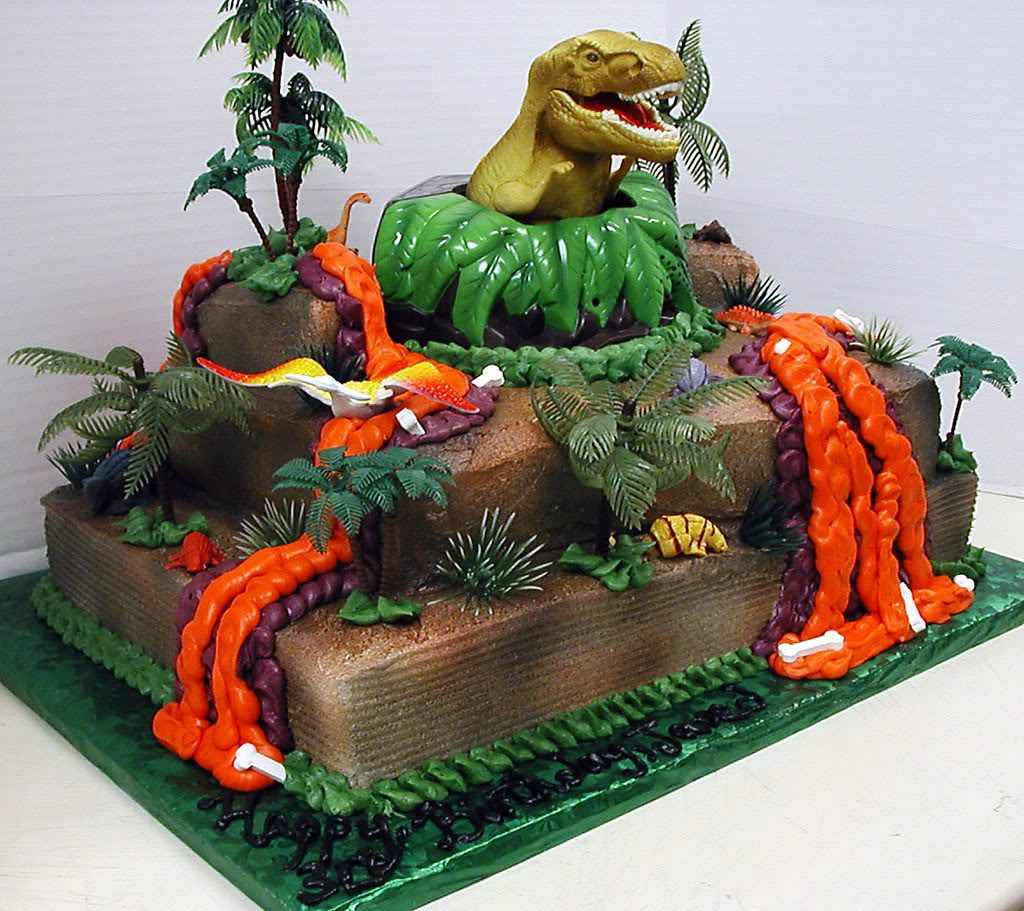 Dinosaurs are prehistoric animals that are known for their large sizes and unusual natures. Since their earliest discoveries, they have captured the imagination of mass culture and are therefore represented in various social media. The popularity of dinosaurs have led to the development of many motion pictures, animation movies and video games featuring these giants, and they continue to make their presence felt in various other merchandise products. Although often fearsome and awe-inspiring in real life, these creatures have been frequently represented humorously in products that are marketed for children. Young kids often love to play with dinosaur toys and enjoy watching dinosaur-themed television programs. They also love to celebrate their birthdays with dinosaur cakes. These cakes promise a lot of action and adventure to make your son or daughter’s day special. The cakes usually feature a large sized dinosaur that is created out of bakery products and can be of various colors. Sometimes the dinosaur fills up the entire length of the cake. At other times, the dinosaur is accompanied by other decorations like caves and natural vegetation. Alternatively, you can also have a small dinosaur seated on top of a two or a three tier cake.