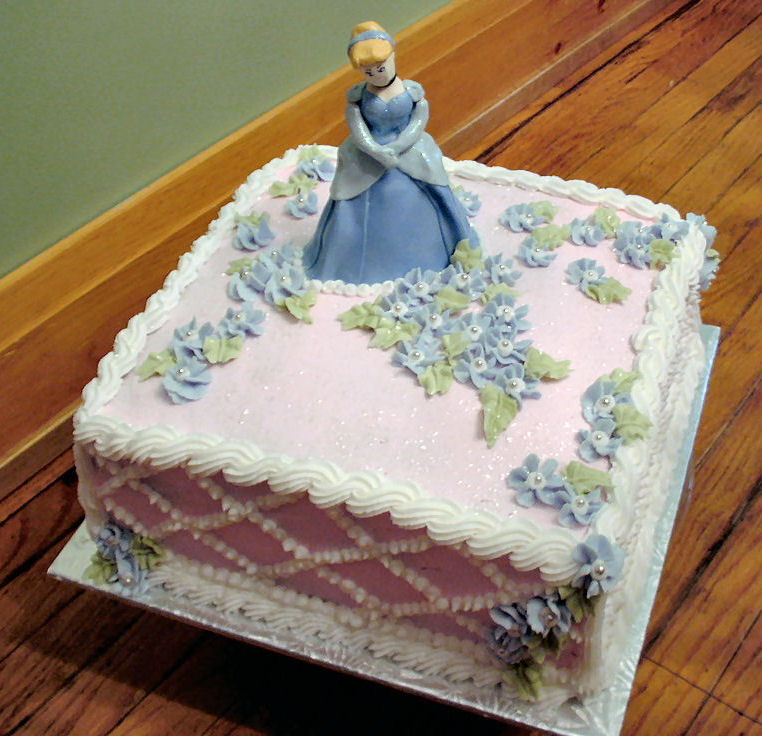 Cinderella is the main character of a well-known fairy tale of classical antiquity. The character became more popular when it was adapted by the Disney franchise. Since then, she has appeared in several animated feature films and has been included in the official Disney Princess franchise. Like any other Disney character, Cinderella is immensely popular with kids all over the world and so they just love to have her on their birthday cakes. Cinderella cakes have a Cinderella idol dressed in a blue princess gown that looks very beautiful. She may stand on top of a two or a three tier cake. Sometimes a single tier rectangular cake may be adorned by a Cinderella doll. Cinderella’s glass slippers are also one of the most popular motifs used in these cakes. A glass slipper can be artfully placed on top of a pillow made out of icing. Alternatively, the cake may also be made in the shape of Cinderella’s carriage, or a carriage drawn by horses can accompany the main cake. Disney’s Cinderella-themed castle is also among the most frequently depicted motifs in these cakes.